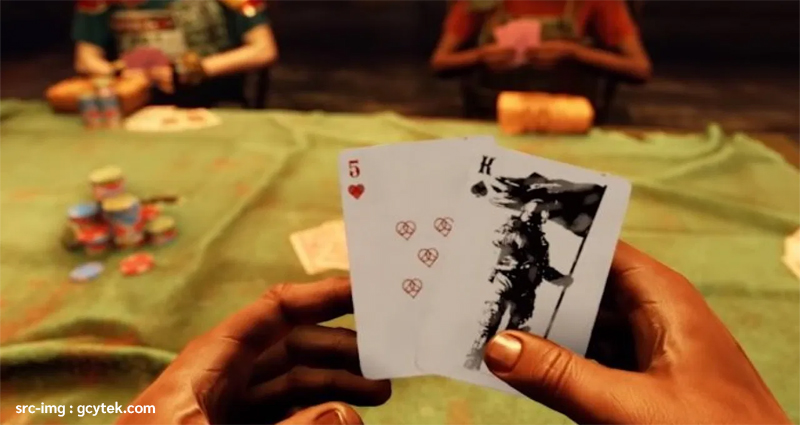 Gestures are cool, especially for players who don’t or can’t use a mic, so that’s a welcome addition, but I’m personally excited to see the addition of poker tables for the casino. Finally, a proper way to lose everything I have in Rust: Texas hold ’em.

You can take a seat at the poker table (which can be configured for two to six players) by depositing at least 100 scrap metal. Then kick back and see if you can bluff your way to victory. As a poker-enjoyer, this makes me want to play Rust more than anything else I’ve seen added to the game in years, and the interface looks nice and easy to use.

Slot machines, which were added recently, have undergone a few changes as well, with fewer possible rewards though “the chance of getting a proper payout (three matching symbols) should be much higher than before. The majority of scrap paid out last month was via the wildcard symbols which felt a bit unexciting,” it says on the devblog.

Along with the gestures and new gambling options, some server optimizations have also trickled in with the patch:

·  Update Facepunch.Steamworks with buffer pooling for swnet (Steam Networking only)

·  Got rid of some small GC allocations that happened every frame

There’s way more to the update, including the option to disable blood, a reduction of the safezone hostility timer (from 30 minutes all the way down to five minutes), and some hitbox and recoil tweaks. An Easter egg hunting event will also pop off about once a day for the next week, and the players who find the most eggs will get some special loot-filled eggs as a reward. There are also a few Easter-themed items in the Rust store. You can read the full patch notes here.